Socialist Realism in the Writings of Ahmad Mahmud

Ahmad Mahmud is undoubtedly one of the great writers of Modern Persian literature. Born on December 25, 1931, he was destined to become one of the stalwarts of Modern Persian prose. He is well known for his great works writing extensively  on issues faced by the ordinary people, in addition to depicting the society and political system of his time. As he himself went through harsh experiences in life, he was very close to experiencing the suffering of the common people. He was imprisoned and later on exiled for several years because of his political activism and views on issues that the regime of the time felt damaging and hostile. He himself tells us in his short autobiography that after finishing high school, “he became embroiled in politics since in those days everybody, the young and the old, was consumed with politics”.[1]

He made rich literary contributions to the Persian literature writing on theme of social concerns, greatly influenced by the modern literary trends emerging and shaping up in many different parts of the world. A cursory look in his novels and short stories would reveal the fact that the trend of socialist realism was the dominant theme in his works. Socialist realism was a dominant trend in the writings of many of his great contemporaries in other literature. It was a trend that emerged in the Soviet Union and later on in European countries especially France and Germany and other countries. Ahmed Mahmud was influenced by Leftist movement and gave the characters of his novels from working class people a strong voice and presence in his writings.

The dominant issues of his writing revolve around themes like the struggles of working class people, as well as the themes of exile, execution, imprisonment, revolution, war and resistance. He portrayed the stories of struggles of ordinary people in Iran. Many of his experiences and encounters with local people and struggling masses are depicted in his novels and short stories, which greatly reflect the local issues, color and concerns which made him in the words of the critic Mohammad Ali Dastghayb as “the storyteller of southern Iran”.[2]

Ahmad Mahmud as a novelist and short story writer derives the themes and topics of his fictional writings from his direct life experiences so much so that his works of fiction are considered “autobiographical” in nature. He also derives the themes from the evolving and emerging socio-political conditions during and in the aftermath of 1953 coup d’etat. At the same time his novels deal with the eventful history of Iran in the 2nd half of the 20th century that witnessed economic recession, due to the nationalization of the oil industry which led to great impact on the lives and conditions of the people. Ahmad Mahmud has dealt with these issues widely and extensively in his writings.

Ahmad Mahmud’s most celebrated novel, The Neighbors, which was written a decade after 1953 coup, explores socio-political conditions in the early years of the nationalization of the oil industry that had far reaching consequences for the society, people and the nation. We see Mahmud in this novel putting his central character, the young boy Khaled, at the most crucial point of the country’s socio-political conditions. The country was passing through a very critical phase in which the nation resisted the British intervention and asked for its fair share of oil and other natural resources.

One of the striking features of his social realist style of writing is the fact that the characters of his novels and stories mostly come from the class of ordinary people who are oil refinery workers, tanker drivers, shopkeepers, local fishermen, teahouse owners and common trade’s people. Moreover we also find in his novels two other groups of people. On one hand we have a group comprising students, intellectuals, bookstore owners and revolutionaries. On the other hand there is another group of people who are military individuals and government officials, torturers, spies and infiltrators. While reading his works we find him deliberately dividing the segments of the society into the opposing forces of good pitted against the evil. It is a characteristic common in all social realist works.

Mahmud’s characters forming working class are considered “good” resisting the “evil” class that is exploiting them and looting their resources, inflicting damage and harm upon them, denying them their rights and rendering them spineless and helpless. Mahmud being a social realist writer is depicting their stories of struggles, survival, resistance, resolve, resilience and fight in his writing. Mahmud shows working people as good versus the corrupt as evil.

However this binary of good versus evil has been deployed by Mahmud to portray justice versus injustice that exists in society. This much emphasis on portraying the issues related to common people shows that like many other social realist writers, Mahmud was also concerned with the struggles of the masses. It also reflects the mindset, attitude and commitment of Mahmud’s generation of intellectuals and writers, who took upon the responsibility to raise voice against injustices, atrocities and exploitation of the masses and to help them overcome their fears, worries and difficulties in life.

In addition to that, we find another important theme in his works that is related to the theme of resistance which runs through many of his works of fiction. His novels uncover the story of a period fraught with resistance and struggle of the leftist political party. For example we see in his novel “The Tale of a City” that a good third portion of the novel is devoted to the theme of imprisonment and executions of the officers and high ranking members of the leftist party known as Tudeh Party.

Besides these themes of struggle of working class, their resistance, their resolve, we also find Ahmad Mahmud depicting the story of war, strife and political upheavals happening in society. He particularly had dealt with the coup of 1953 and the revolution of 1979, portraying the socio-political conditions of the masses at that time. He also depicted situation and circumstances of war between Iran and Iraq and its repercussions on the people and their daily lives. “The suddenness and vehemence of the war as experienced by ordinary people, combined with personal feelings about war as a human tragedy, form the dominant themes of war literature….. The one novel of note on the theme, Ahmad Mahmud’s The Scorched Land, attempts to reveal the tragic consequences of Iraq’s invasion of south-western Iran in the war-torn city of Ahvaz in the autumn of 1980 – i.e., the first three months of the war. This novel provides glimpses into the war’s impact on the social fabric of the city. It ends with the hero’s severed arm, caught in the branches of a palm tree, pointing a finger of blame at the surviving narrator”.[3]

Thus we can see that Ahmad Mahmud has presented the theme of socialist realism in his writings especially in his novels and short stories. Many of the themes he has presented in his fiction are related to the issues of working class people, their worries, fears, hopes and aspirations. At the same time he has also portrayed the political conditions of Iran in the second half of the 2nd century. We conclude that Ahmad Mahmud’s works are a great embodiment of socialist realism in modern Persian literature. 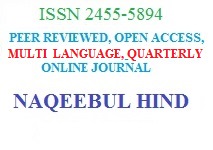